SHOCKER! Fuses Blowing Up In The VW Plant

Volkswagen has appointed Oliver Blume as CEO in place of Herbert Diess, a decision that came as a complete surprise.

Herbert Diess, the Volkswagen Group's CEO since 2015, will step down and depart the firm on September 1st, the company stated in a blandly written press release on July 22nd. Oliver Blume, the current CEO of Porsche AG, will take over as his successor. 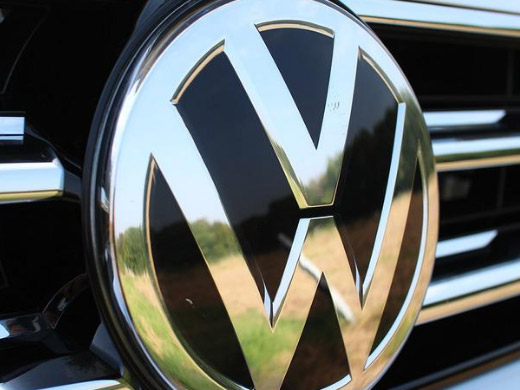 When Diess was pushed overboard by Hans Dieter Pötsch, the head of the Supervisory Board, Pötsch offered him a glowing recommendation. When Herbert Diess was chairman of the Volkswagen Passenger Cars Brand Board of Management and chairman of the Volkswagen Group Board of Management, he played an important role in moving the firm forward. The Group and its brands have a bright future ahead of them, thanks to the company's increased capacity for innovation and profitability. Mr. Diess displayed remarkably his ability to carry out large-scale transformation procedures in a timely and consistent manner. Along with leading the firm through a challenging period, he also developed a radical new strategy.

Diess was brought in to save Volkswagen's bacon when it was found rigging its diesel-powered vehicles to avoid pollution laws, and he performed an excellent job. The Porsche and Piech families, who control more than half of Volkswagen's voting rights and a 31.4% ownership interest, are said to have pushed for a leadership change, according to people familiar with the situation. It was impossible to change Diess. He had a huge impact on Volkswagen's direction. However, one anonymous source told Reuters, "His communication was appalling."

As Porsche AG prepares to go public later this year, Blume will become leadership of the firm as of September 1. In 1994, Blume was hired as a trainee at Audi, where he ascended to become the company's head of production. After working at SEAT and Volkswagen, he joined Porsche as an engineer. As chairman of the Porsche Board of Management in 2015, he has also been a member of the Volkswagen Group Board of Management since 2018.

Over the course of seven years in charge of Porsche AG, Oliver Blume has demonstrated his ability to handle the company's financial, technological, and cultural aspects with tremendous success." According to Pötsch, the Supervisory Board thinks he's currently the perfect person to manage the Group, which has a strong customer focus and a strong positioning of its brands and goods.

Move announcement stated that "Oliver Blume and the whole Board of Management will continue to news on with the transformation of the firm initiated by Diess with a leadership culture that places teamwork as a top priority," according to a press statement.

This decision by Volkswagen is not universally applauded. Bernstein analyst Daniel Roeska tells Reuters that overseeing two firms may "make a bad governance scenario much worse."" In light of the IPO's stated goal of creating greater independence from the Volkswagen Group, we don't believe investors will welcome the CEO-dilution.