With the iPhone 14 series, Apple wants to make sure that there aren't any supply chain issues.

To minimize supply chain issues, Apple has reportedly taken efforts to ensure that the iPhone 14 will go on sale at the company's September Event(opens in new tab). Supply chain problems might be avoided by the tech giant by expanding its list of suppliers for its upcoming iPhone 14 series. 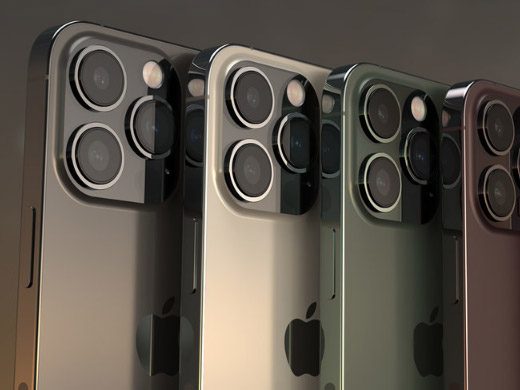 SG Micro, a Chinese company that specializes in integrated circuits, has been added to Apple's increasing list of suppliers, according to Ming-Chi Kuo(opens in new tab), an Apple analyst acquainted with the company's supply chain. According to Kuo's tweets, SG Micro's high-end iPhone 14 units have passed quality certification. The iPhone 14 Pro and iPhone 14 Pro Max will include parts supplied by SG Micro.

Power management integrated circuits (which controls the battery) will be provided by the Chinese firm to Apple for this year's high-end iPhones.

A "tier-1 level" chip, as described by Kuo, is one that is utilized in more costly electronic devices like iPhones and iPads. This is the first time SG Micro has supplied components for Apple's high-end phones.

Is there a delay in the manufacture of the iPhone 14?

With the iPhone 14 series poised to be on sale this autumn, Apple is putting the finishing touches on its mass manufacturing lines. However, there have been reports of probable delays in the manufacture of the next phones on several fronts.

In the past, Kuo had said that Apple's panel and memory manufacturers were experiencing supply challenges, but that this would not influence the iPhone 14's debut schedule. According to Kuo, Apple orders millions of components ahead of the launch, which provides the business time to build a huge amount of devices, so the influence on the distribution of the phones would be "minimal," as Kuo deems it.

According to 9to5Mac, a Nikkei Asia article indicated that the manufacture of the iPhone 14 was delayed by three weeks because of COVID-19 lockdowns in China.. Analyst Jeff Pu agreed, stating that the iPhone 14 Max may be the most afflicted model. Ross Young of Display Supply Chain Consultants recently tweeted that iPhone 14 Max panel shipments are lagging well behind the iPhone 14 Pro Max, which suggests that the most interesting iPhone 14 model may be delayed. .

Additionally, Apple's iPad has also been experiencing supply challenges. Because of the continuing chip scarcity, certain iPhone 14 models may only be available in limited quantities when they go on sale.

With its larger battery and larger screen, Apple's iPhone 14 Max is expected to offer more power and storage capacity than the smaller iPhone 14. A comparison of the iPhone 14 and iPhone 14 Max reveals several similarities.

We hope that Apple will be able to resolve their supply concerns before the projected September introduction of the iPhone 14 series, and adding to their list of suppliers is a step in that direction.